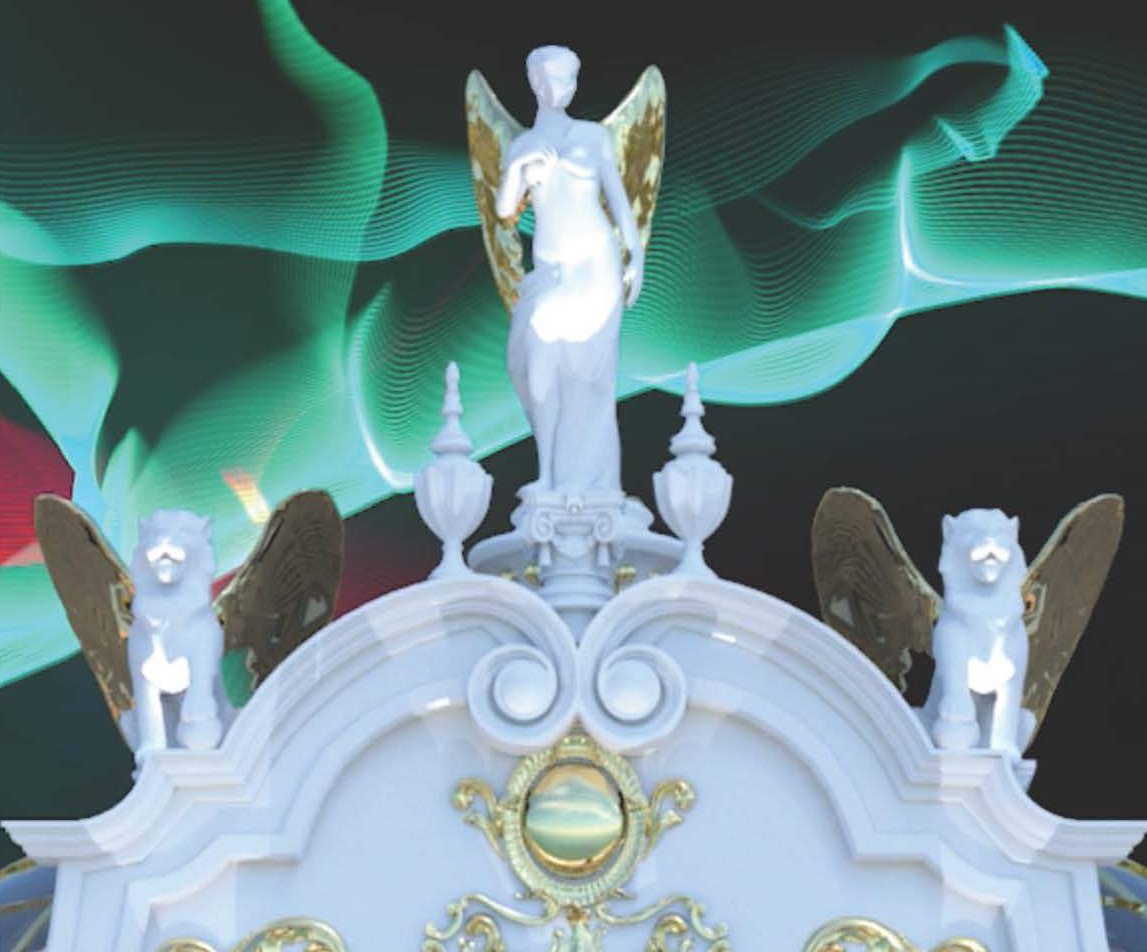 This weekend, GVSU students were involved in the performance of “Masquerade: A Baroque Extravaganza” in partnership with Grand Rapids Ballet. Selected opera songs were performed by the Grand Valley theatre, and projections were made by Professor Julie Goldstein’s New Media 1 class, the product of this semester’s work.

An orchestra played to the left of the stage, complementing the Grand Rapids Ballet students and GVSU opera performers. Dancers and singers adorned in white gowns (or trousers for the men) were immersed seamlessly in the projections. Fluctuating futuristic images and fractal images of nature were a spectacle throughout the performances.

In addition to group choreography and musical numbers, there were solo performances and duets by both singers and dancers, including a dramatic dance performance with fog and cloud projections and a focused scene of a ballet dancer en pointe. The program included songs by Baroque musicians such as Purcell, Monteverdi and Handel.

The projection mapping came about through a collaborative conversation between Professor Goldsein and artistic direction Dale Schriemer. The projection artwork is influenced by the kinetic style of Oskar Fischinger and Norman McLaren, using color, value, shape and form. The students have come a long way in their journey of mastering three dimensional mapping techniques and motion graphic elements. Using artwork to become involved in community projects is something Goldstein is proud of and gives students a confidence in their capabilities. Grand Valley hopes to see more collaborative work with the Grand Rapids Ballet! 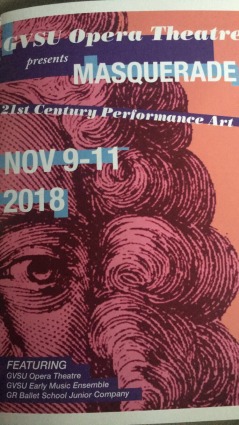